You can’t say we haven’t been patient. The Enos series first aired on November 12, 1980. It lasted 18 episodes, ending on May 20, 1981.  Despite guest appearances by several Dukes of Hazzard cast members,  Enos didn’t place high enough in the ratings to please CBS. The short-lived spinoff was canceled and never seen again.

Recently, we reached out to Warner Bros. and asked them if Enos would be available in the  future. WB would only say this:  “While we can’t comment on release plans for specific titles, we can tell you that each month, more and more films and TV series will be made available.”

Possum on a gumbush!  No promises, but there’s hope. We’d love to see WB offer a DVD-on-demand release for Enos that would include Sonny Shroyer’s autograph.  The first 500 copies of The Dukes animated series featured an autograph by James Best, and this allotment sold out quickly. (You can still order The Dukes, without the autograph.)  A similar marketing promotion for Enos would make sense.

We’ll keep our ears on for Enos news. Meanwhile, console yourself by meeting Sonny Shroyer in person at the Johnny Lightning Fest in Dyersville, Iowa!  He’s scheduled to appear July 16 only from 9 a.m. to 5 p.m.  The event is free, but autographs usually run five or ten bucks depending on the item.  Remember to watch our Forums and homepage for more cast news and upcoming events. You can also catch us sleeping on Facebook and one of these days we’ll make real use of Twitter, ya never know! 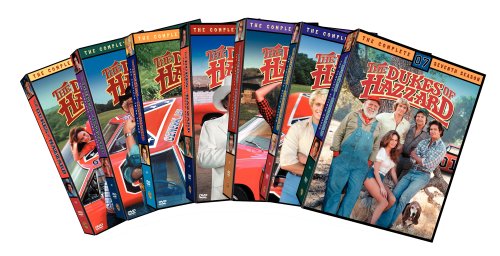