Vote For The Dukes Again!

Yes, folks somebody found another one of them votin’ sites again and we’re on the rally! The Dukes is currently ranked #39 (at the time I’m writing this. Last I looked we were 80something votes away from 38).
Here’s how it works. You can vote once every five minutes but pay attention to the vote buttons!!! There’s two, one for positive, one for negative. To prevent automated scripts from hitting the same button, after you vote the buttons switch places. So remember to click on the positive vote only!!!
The Dukes sustained a good rally in the last three days of April to go from a ranking of 123 to 56. Now, the challenge is to land the Dukes into the top ten and leave TV execs scratching their heads wondering how a 25 year old show is beating up….er beating out on the new stuff. KHEEHAAAAA!!!
SO! Git yer posterior over to www.teavee.com and look for “Dukes of Hazzard” (There is a “The Dukes of Hazzard” but it’s way down at #223. Why quibble over one word? ROFL) AND VOTE!!!Â  We have until June 1st to land the Dukes into the top ten or better yet the coveted number one slot! Wouldn’t that just stir up the tv industry? 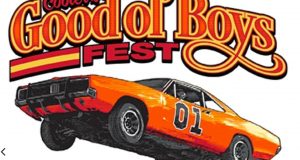 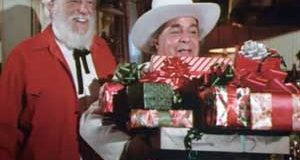 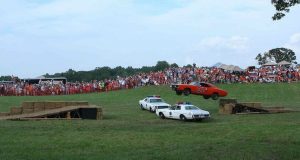