Expectations for “LEE 1” were high at Barrett-Jackson as the famous 1969 Dodge Charger went up for auction. After weeks of hype, the first screen-jumped General Lee was expected to bring in as much as 1 million dollars in bidding.

But the price leap fell short, landing far shy of the expected sum. It went for a mere $110,000, plus buyer’s commission, for a total sale of $121,000.  Details about the purchaser are not yet available.

The lower sales price doesn’t reflect anything negative on The Dukes of Hazzard, or on the General Lee itself.  LEE 1 stands apart from other screen-used General Lees, for better or worse, due to the extensive time spent in abandonment and derelict condition upon discovery. The percentage of the car that can be claimed as “original” is up for debate.  Ironically, LEE 1 may have been worth just as much today without any restoration efforts at all.

The saga of LEE 1 is far from over. While we await further details about the new owner, we sincerely hope that this historic General Lee has gained a home with a true Dukes fan, rather than an investor seeking a quick turnaround in a year or two. LEE 1, after all it has been through, deserves better. 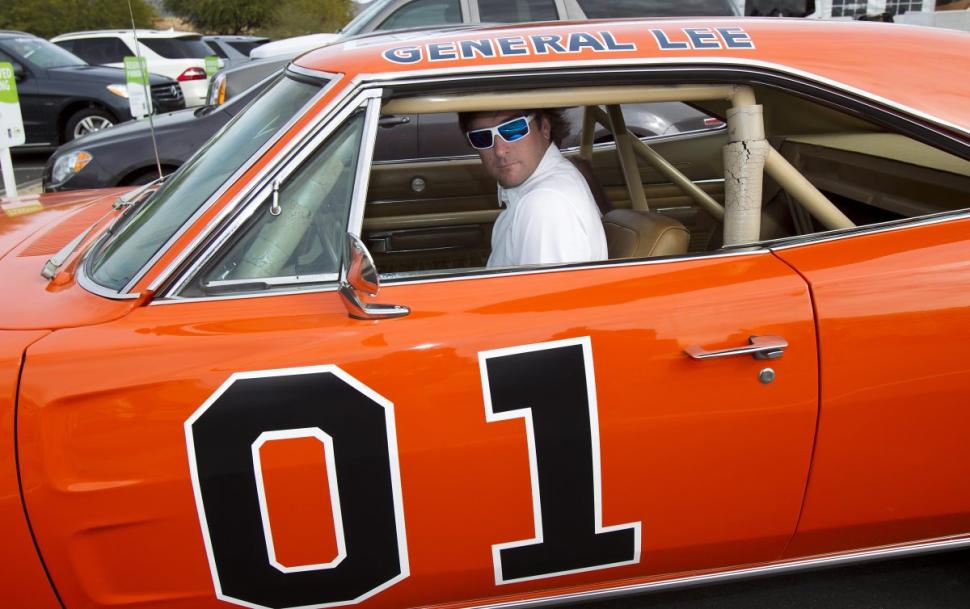