Despite appearing in 47 episodes of The Dukes of Hazzard, we’ve noticed that Rick Hurst doesn’t have his own website. At least not one that we can find! This seems an injustice, even for Hazzard County.

Now, we know that Deputy Cletus Hogg was the low man on the totem pole in the Hazzard County Sheriff’s Department. He was ranked somewhere below Rosco’s basset hound in terms of authority. We also know that as a relative of Boss Hogg, Cletus didn’t get any automatic sympathy. His I.Q. was pegged to be somewhere between dipstick and lug nut.  Cletus also lacked the innocence of his predecessor, Deputy Enos Strate.

All in all, Cletus was clumsy, dense, easily distracted, and possessed questionable driving skills. Naturally, he fit right in with the Hazzard County Sheriff’s Department.

Rick Hurst’s talent for physical comedy and comedic timing made Cletus a memorable part of The Dukes of Hazzard. Cletus had his first appearance in the episode “Money to Burn” as an armored car driver. Cletus appeared in later episodes as a reserve Deputy, filling in for the temporary absence of Enos in “The Meeting” and “Road Pirates.”

Cletus takes a bite out of crime in “The Meeting”

During the third season, Sonny Shroyer was offered his own show in the spin-off series Enos.  The translation in Hazzard County was that Boss fired Enos, prompting Enos to accept a position with the L.A. police department. Cletus, already trained in the skills of automotive snorkeling and landscaping with cop cars, threw himself bodily into the position of full-time Deputy.

Rick Hurst’s reliable portrayal of Cletus would eventually earn him the spotlight in the fourth season episode, “Cletus Falls in Love.”  Watching Cletus stumble his way through his newfound feelings while Daisy becomes more and more flustered is hilarious. When Daisy said, “We need to talk,”  Cletus spoke for men everywhere when he responded with, “I’d rather smooch!”

Alas, the good times for Cletus wouldn’t last. During the fateful fifth season, when Coy and Vance temporarily replaced Bo and Luke, the Enos series was cancelled. Deputy Enos Strate subsequently returned to Hazzard County. Cletus would remain part of the Hazzard County law for only a few more episodes, sharing an awkward co-dipstick duty with Enos.

After receiving an offer in another series, Rick Hurst bowed out from the Dukes of Hazzard. In Hazzard County, Cletus’s abrupt absence was explained once as a “vacation” and then never mentioned again. Enos returned to prominence as Hazzard’s only honest lawman and dipstick extraordinaire.

Cletus did find his way back to Hazzard for the TV reunion movies. And while Rick Hurst has had other roles since his Dukes days, he remains fond of The Dukes of Hazzard and its fans. Rick has made many personal appearances at DukesFest and Cooter’s Place.

All this being said, it’s incredible that Cletus looks homeless out there on the internet. So we’re gonna keep a place for him here on HazzardNet! You can view Rick’s upcoming appearances in our Forums.  We’ll also beef up (Hogg up?) our cast and character pages and give this wayward son of Hazzard County his share of attention. 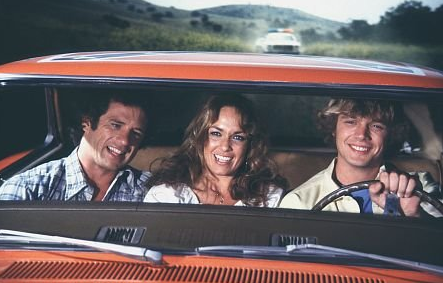 Dukes of Hazzard Reunion In Georgia